Coolsculpting Double Chin – What is CoolMini®?

CoolMini® is a type of Coolsculpting, the revolutionary body contouring technology that is clinically proven to freeze and destroy fat. Traditionally liposuction was the only medical procedure able to reduce the double chin, jowls and neck wattle caused by stubborn submental fat. Now men and women can reduce their chins and non-responsive body fat without surgery.

Coolsculpting is Health Canada & FDA approved for the reduction of unwanted body fat. Recently a MINI applicator was introduced to allow patients to have smaller areas treated, such as the double chin, knee fat, arm pit fat and bra fat.

What are the benefits of Coolmini?

How does the cool mini reduce chin fat?

What is the cost of CoolSculpting the Double Chin?

Compared to traditional liposuction or other invasive procedures, CoolSculpting the double chin is very affordable.  Pricing  for double chin will vary according to the number of areas to be treated (ie. only one treatment under chin vs 3 treatments to follow the entire jawline) .  At Clarity Medspa,  patients can always find a customized treatment plan “deal on coolsculpting” along with promotions on Ultherapy, Radio Frequency and other body shaping devices.

The price of Coolsculpting should not stop you from coming in for a consultation,  as not everyone requires an extensive (or expensive) treatment plan.   There are a number of reasons for differences in the price of Coolsculpting, which could include:  Body Shape, amount of fat to be treated, the qualifications of the coolsculpting provider, the authenticity of the device, promotional packages, etc.

Financing for CoolSculpting double chin might be the perfect option, allowing for monthly Coolsculpting payments. Ask your clinic about Coolsculpting financing payment plans. 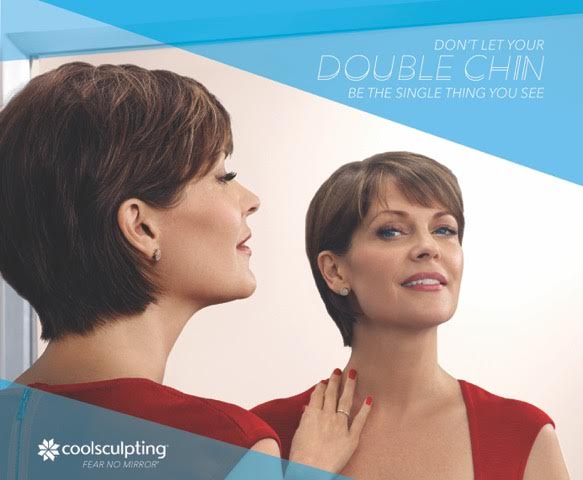